What that means is that we’re a little different in the space in how we approach web projects and digital marketing campaigns. As part of every project, we research our client’s customers to understand their online behaviors. Our goal is to reach the right people, at the right time, and in the right places. We also research our client’s competitors to emulate their competitor’s successes and ensure we’re not replicating their failures.

For these reasons the campaigns and websites we build for our clients tend to massively outperform what our clients have done in the past. Typically the channels we’re utilizing for clients are SEO, Content Marketing, Website UI/UX Improvements, Conversion Rate Optimization, Google Ads, Facebook Ads, LinkedIn Ads, and Remarketing. We build websites on the WordPress platform.

Our office space offers breathtaking views of downtown Chicago and the Chicago River. 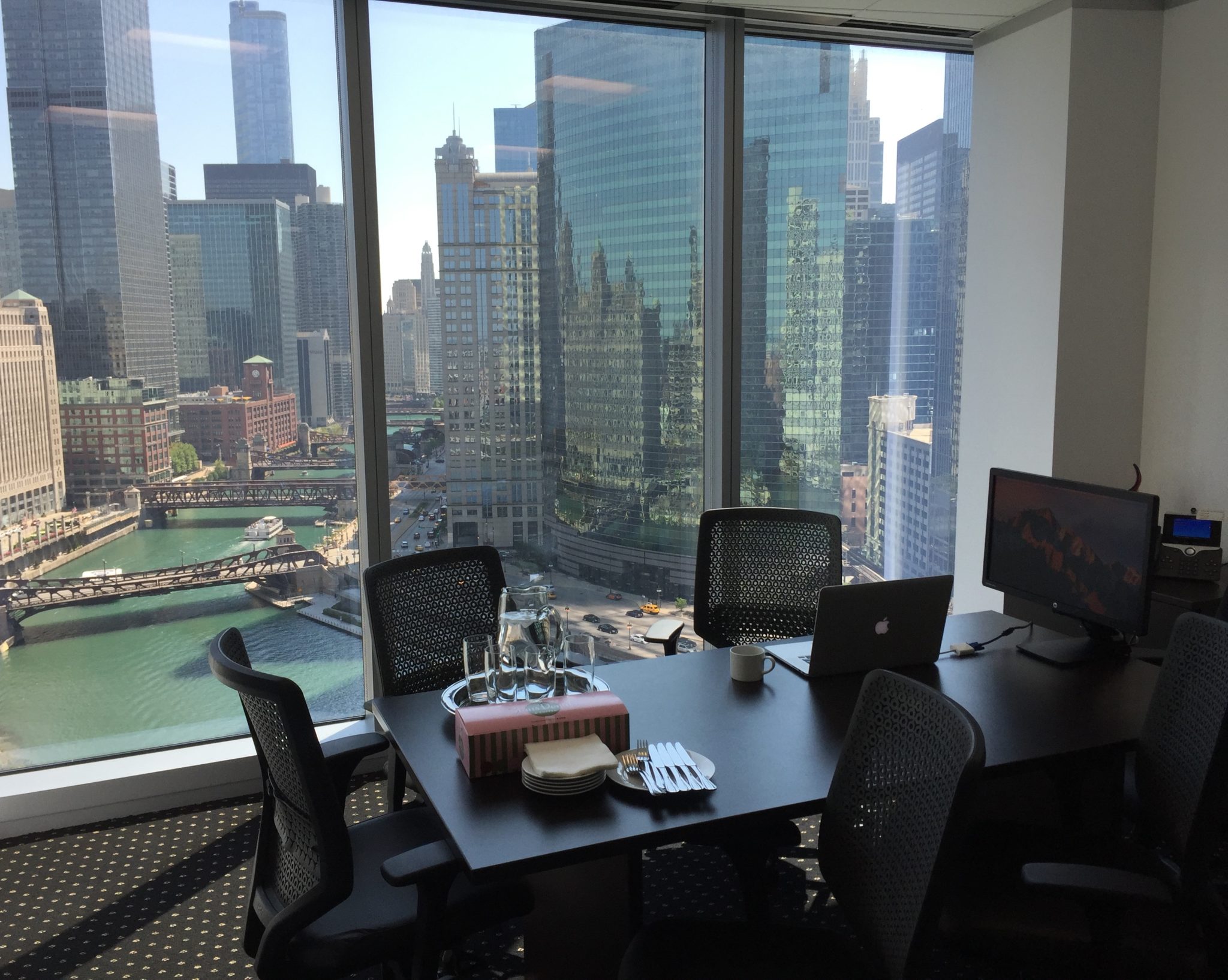 We very much enjoy hosting clients at our space and pampering them with breathtaking views, gourmet coffee, and craft beer.

What is "Ice Nine" and what does it have to do with a web services company?

Cat’s Cradle is about a writer who’s researching an odd, reclusive scientist named Hoenikker. He eventually ends up meeting various colorful members of the Hoenikker family and exploring a poor island nation of San Lorenzo, whose population is enthralled with a nihilistic and cynical religion called Bokonosim.

He eventually finds that Hoenekker created a substance capable of changing the world as we know it: Ice Nine.

When Ice Nine comes into contact with liquid water, it acts as a seed crystal and causes the solidification of the entire body of water, which quickly crystallizes as more Ice Nine.

Ice Nine is the focal point of this excellent, comical book, but it’s also an excellent metaphor for digital marketing!

Ice Nine spreads like wildfire, turning everything around it into more Ice Nine; much like a business that promotes itself online, spreading through the web like a crystal of Ice Nine!

We also work with enterprise-level organizations, typically in support of their internal teams or on-record agencies.

How much are Ice Nine Online's fees?

Ice Nine Online offers highly-customized services to our clients. Therefore, our fee structure is customized to each client’s specific project or engagement.

Typically, we either work on retainer (for ongoing work), fixed-fee (for projects like website builds), or on consulting hours.

Contact us and we can discuss fees in more detail and work with you to determine a structure that makes sense for your project.

I have a very small budget. Can I still work with Ice Nine Online?

One option may be to have one of Ice Nine Online’s experts conduct a training session with you to identify low-hanging-fruit to reach your goals and show you how to execute. You’ll then have the education and tools to execute marketing and web tasks on your own.

Another option may be to purchase a “block” of hours from Ice Nine Online, and then prioritize your projects so that you’re using Ice Nine’s expertise to tackle your most important projects first.

P.S. If you call the phone # on this page, you’ll likely be able to speak with Matt Chiera, Founder of Ice Nine Online. Matt’s a real web and digital marketing geek, and he really likes talking business. He’ll probably give you enough free info in a 1/2 hour call to get you going in the right direction. People usually ask why he doesn’t charge for these calls.

What are some of the goals Ice Nine Online has been able to achieve for clients?

These are some of our favorite client success stories:

Is Ice Nine Online a "one stop shop" for digital marketing and web services?

Absolutely! For many of our clients, we build and manage their website, hosting, graphic design, content, digital marketing campaigns, and other custom web projects. If there’s a very specific technology you need to utilize that that we don’t already know, we typically do one of three things:

So far, we have not come across a project where one of these three options didn’t reach our client’s goal.

How many years experience does the Ice Nine Online team have?

Matt Chiera, Founder of Ice Nine Online has been building websites and managing digital marketing campaigns for over 10 years.

None of the Ice Nine Online team members have less than 5 years experience in their specialized field. Our team does not contain any “entry level” or “junior” team members – we’re an expert-level team of experienced developers and digital marketers. Most of us have been in the industry for our entire careers.

You can learn more about the Ice Nine Online team members by visiting our company LinkedIn page.